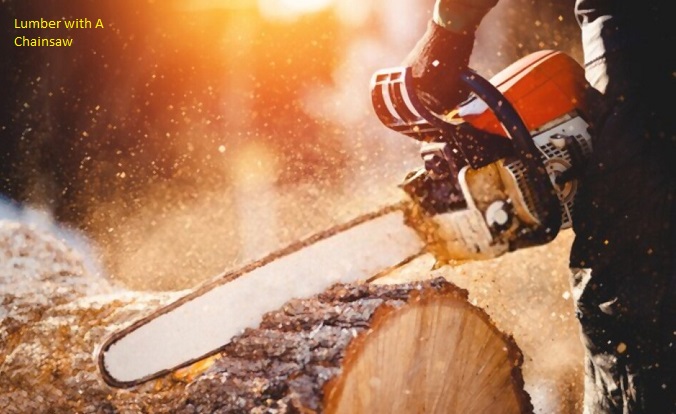 For cutting purposes, you already have a chainsaw. This time, you may also clean out the stump with the same power tool. We’ll show you how to use a chainsaw to remove a tree stump.

Yes, chainsaws are powerful machines. You don’t have to worry about the dirt damaging it or knocking the chain off. Remember that you can leave some wood below the dirt. Also, you can cut large roots out by sawing into the ground vertically and then prying the root out with a shovel or pickax.

How Do You Cut a Tree Root With a Chainsaw?

A chainsaw is a versatile tool that can be used for a wide range of tasks. Once you’ve been properly trained, you’ll be able to utilize this talent to remove trees from your yard or other wooded areas. There are several rules to observe when using a chainsaw to cut tree roots.

You may admire your yard’s tree but despise the roots that are ripping up your walkway or blocking your plumbing. So what are your alternatives for dealing with them? Is it possible to get rid of these roots without hurting your tree?

Step 1: To dampen and soften the soil surrounding the tree, water it well. Allow the water to soak into the soil for a few minutes, then wait until the soil is wet but not waterlogged.

Step 2: Overturn the top layer of dirt with a hand trowel to loosen it. Feel for the roots and be careful not to stab them with the trowel blade too many times.

Step 3: Remove the dirt by hand and place it in a wheelbarrow or on a tarp for now. Scoop away soil from the sides and beneath the roots, only using the trowel to break up compacted soil as necessary.

Step 4: Trim the ends of any roots that require trimming. Making clean cuts through the roots using a root saw is a good idea. Trim roots from the trunk no closer than three times the diameter of the trunk. Trim roots just to the point where the diameter reaches a fist’s size or greater. Remove no more than one-third of the total roots on one side and no more than one-quarter on the other.

Step 5: Dig a trench in front of the roots that have been trimmed. Install a robust root barrier composed of plastic, metal, or concrete in the ditch. Use a root barrier that is at least 12 inches high and 10 feet long for more powerful roots.

Step 6: Cover the roots and the root barrier with the previously dug soil. Compost and peat should be added to unhealthy soil. Fertilizer should be used after at least 6 weeks. After compacting the dirt and raising the ground level, properly irrigate the area.

Why You Should Not Cut With a Chainsaw?

Chainsaws are a very efficient instrument, but they may also be quite deadly if handled wrong. Before you start using the chainsaw, make sure you have all of the necessary safety precautions in place.

When operating a chainsaw, avoid the following mistakes:

Finally, tree stump removal is a rather simple job if done correctly. Make use of diagonal and different cutting ways, and avoid clogging your chainsaw with too much dirt and debris. Remove the stump after cutting and pulling out the roots. Quartz is comparable to granite in that it is made up of minerals and additions that have been crushed into a solid form. Quartz is a silica-based material that is hard and crystalline (silicon dioxide). The atoms are connected in a continuous framework of SiO4 silicon-oxygen tetrahedra, with each oxygen shared between two tetrahedra, yielding SiO2 as… There’s no denying the charm of wood trim. Crown molding, baseboards, window and door frames, mantels, and other millwork can add warmth, character, and definition to any space. But like any home improvement, precision is key. If there are gaps between where the connecting pieces of wood trim come together — such as between the baseboards…

Acrylic, commonly known as Plexiglass, is a flexible plastic substance that comes in a range of colors and opacities and may be used for a variety of purposes. Acrylic plastic was developed in 1928 and introduced to the market in 1933 by the Rohm and Haas Company. It was first employed for items like airplane…

Nowadays mirror and mirror tiles are used to decorate work. They simply look outstanding. Glass and mirrors have architectural beauty. Mirror crafts are also very popular. If you work with the mirror, the glass cutter is the main element that needs to cut the mirror perfectly. Justin case your glass cutter is damaged and you…

This site uses Akismet to reduce spam. Learn how your comment data is processed.